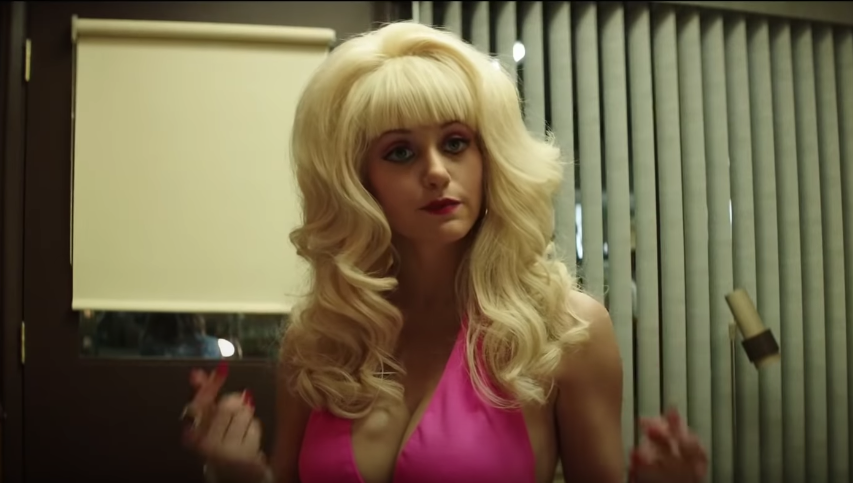 Although you might not say it in the same breath as Netflix and Amazon Prime Video, Peacock continues to establish itself as a hot contender in the streaming arena.

The platform offers a wealth of existing and original exclusive content.

One of the latest is Angelyne, an American mini-series starring Emmy Rossum in the lead role.

The episodes premiered on Peacock on Thursday, May 19, 2022 and encouraged some to take an interest in the actual character behind the production. The American singer, actress, media personality and model is therefore back in the spotlight.

So, maybe there’s no better time to highlight Angelyne’s net worth.

As the miniseries focuses on her life and fame, let’s take a brief moment to highlight how she came to earn money and achieve iconic status.

Born in 1950, Ronia Tamar Goldberg (her real name was not revealed to the public until the late 2010s) became a notable figure in 1984 when several billboards began to appear in Los Angeles, The Hollywood Reporter reports. They depicted her posing suggestively with her name plastered across the top.

With so many eyes on her, people started talking and she was offered interviews, roles and the chance to explain the presence of billboards on television.

Additionally, these billboards have been further ingrained in popular culture through their presentation on shows such as The simpsons and Futuramaproviding background decoration with a wink to discerning viewers.

Her music, on the other hand, dates from 1978 when she joined the band Baby Blue, although her self-titled debut album was released in 1982 and billboards were part of a campaign to promote her as a star. .

She released album number two – Driven To Fantasy – in 1986, later taking on film roles in the likes of Earth girls are easyand Homer and Eddie.

“I fell in love with Angelina”

In a recent conversation with ForbesEmmy Rossum explained what attracted her to the project:

“I fell in love with Angelina. The first time I saw her billboard [was] when I was 13, and I think I was immediately drawn to her. She was so different from me…I think she’s kind of like a mirror. She kind of serves to show us what we need her to be for us…”

What was it for Emmy?

She explains, “For me, I saw a woman who was empowered in her body who was completely adored by all of LA and kind of spread that pink pixie dust everywhere she walked around in that hot pink Corvette. I was so fascinated by the mystery.

How many episodes are there?

Angelyne only has five episodes in total, and since it’s a miniseries, there’s no reason to expect a season 2 renewal.

In other news, Has Made for Love been renewed for Season 3 on HBO Max?

The Rise of Investment Values: Schwab’s Survey of Modern Wealth Reveals Values ​​Are Driving Americans’ Spending, Saving and Investing Decisions More Than Ever