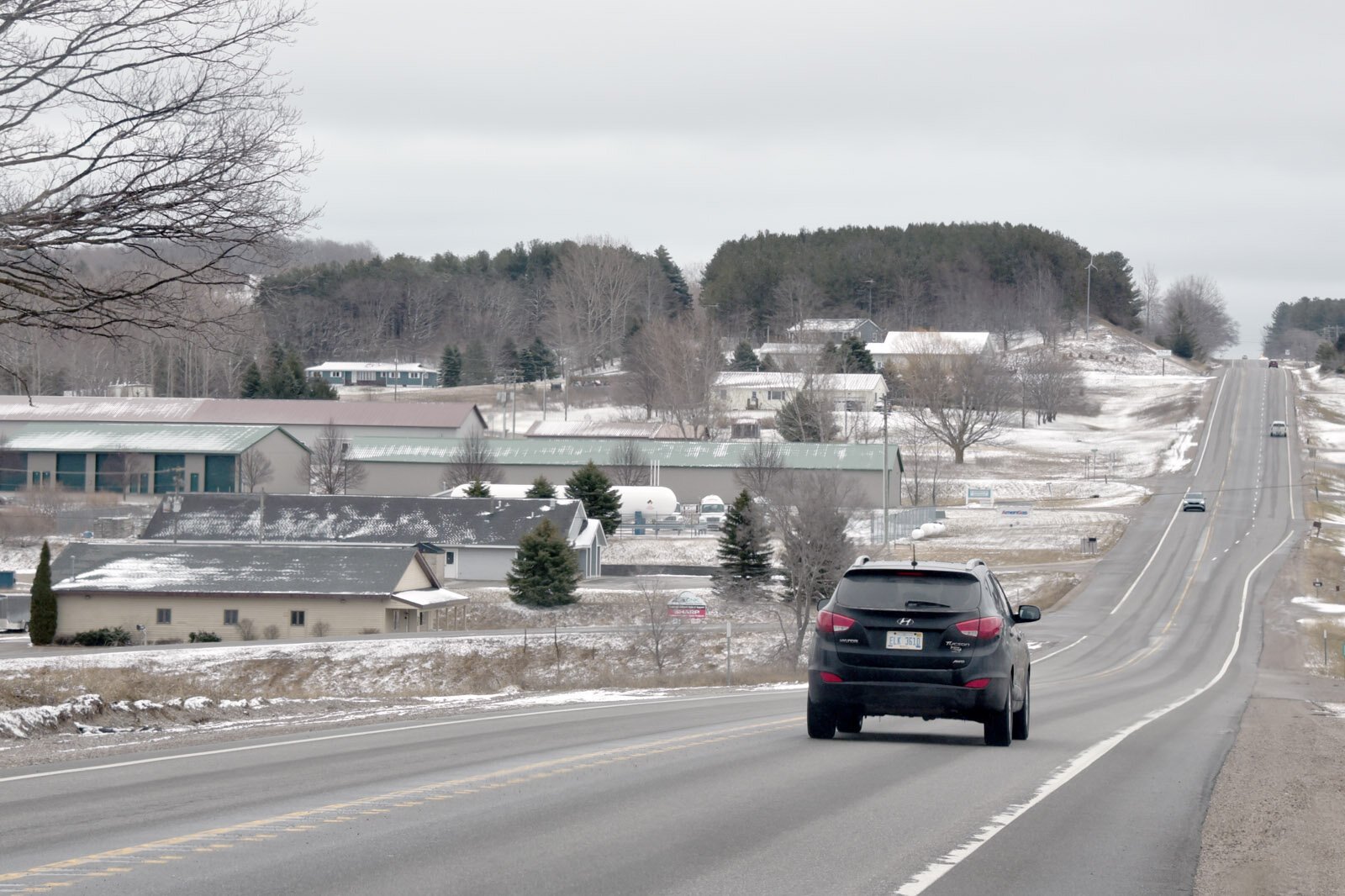 The mostly rural county just outside of Traverse City is proud to be home to one of Michigan’s few national parks – Sleeping Bear Dunes National Lakeshore – which attracts more than a million visitors each year – and towns tidy like Suttons Bay and Glen Arbor.

But one thing Leelanau County can’t boast about is internet service. This has been a source of irritation for residents and visitors.

After several years of exploring ways to extend high-speed Internet services to its residents, the county is set to begin construction on a two-year project that would provide access to most households by end of 2023.

Internet Service Provider Point Broadband’s proposal to expand broadband services in Leelanau County is in the final stages of contract negotiations. A vote on the proposal is expected at a meeting of the County Board of Commissioners on April 19.

If approved, “we expect the project to be completed in 2023,” said Leelanau County Commissioner Ty Wessell. “We also hope that we will be successful in connecting our 5,045 ‘unserved or underserved’ residents to high-speed broadband services.”

It hasn’t been easy to bring internet service to rural residents in an area with such difficult terrain, Wessell says.

The Leelanau Peninsula, which is encompassed by the county, extends into Lake Michigan in the northwest part of the Lower Peninsula. The county is surrounded by water on the west, north and east sides, and divided by Lake Leelanau, which runs vertically down the middle of the peninsula.

What has been an ideal landscape for fruit growers and tourists is not easy for broadband construction needs.

Leelanau County’s unusual terrain has been a barrier to broadband development.
“The hilly, forested terrain of Leelanau County is a challenge,” says Wessell, “because it limits the viability of high-speed wireless technologies.”

Although Leelanau is a wealthy county, with a median real estate value in 2019 of $268,400, its internet service lags far behind that of urban areas. Currently, approximately 22% of residents do not have high-speed Internet access.

“There are places (along M-22) between Leland and Glen Arbor where there are many dead spots,” said county administrator Chet Janik. “They’re pretty high-end homes there, but there’s just no internet service… We’re pretty well off in terms of the tax base, but it’s a complicated issue, and that wealth individual could not solve.”

The problem came to a head when the Covid-19 pandemic closed schools and many families didn’t have access to the high-speed internet connection needed for Zoom classes or telemedicine visits, Janik says.

A county task force has been studying ways to close service gaps since 2016.

According to Commissioner Wessell, one of the most difficult hurdles was simply getting an accurate reading of the problem. This involved collecting the data needed to determine the extent of need, the number and location of unserved and underserved residents, and correcting spurious data obtained from outdated census tract records.

“We hired a consultant who literally drove every road in Leelanau County,” says Janik.

The consultant has drawn up a plan and a map that identifies, for each property, the type of service currently available and at what speed.

“We did this research at our expense,” says Janik. “So if you’re an ISP, you don’t have to do that research. We can give you a map.

The project made it possible to identify the needs of the inhabitants of each canton. Four townships account for 60% of the county’s total number of unserved parcels. For example, in Kasson, 65% of plots in the municipality do not have access to the minimum broadband Internet service. In Solon, it’s 49%. In Leelanau it is 34% and in Empire, home to the national park, it is 33%.

Overall, the long-term goal of the current proposal is to provide fiber optic infrastructure to every home in Leelanau County.

Armed with a clear picture of need, the county was able to reach out to many ISPs — Internet Service Providers — to try to encourage them to come to Leelanau County, Janik explains. In the end, Point Broadband was the most receptive, agreeing to invest $12 million for the final $17.4 million cost of the coverage extension.

Calculating what this job would look like and its expected cost was the next hurdle.

Chris Scharrer, founder and chief technology officer of DCS Technology in Chelsea, the company that conducted the rural broadband inventory survey, says there is no one-size-fits-all solution. piece when it comes to bringing technology to rural counties.

“Each county is unique in many ways,” says Scharrer. “Different service providers, different types of technology, different goals for counties and townships. The biggest challenge in every county is making sure we understand those differences and deliver what makes the most sense to them.

Leelanau County had many wireless service providers and its goal was to make the most of those existing systems, he says. This required greater attention to the challenges of wireless to determine what could continue to be used and/or developed, and which systems were at the end of their life and needed to be replaced by new technologies, including fiber.

In Leelanau County, wireless has been instrumental in meeting short-term goals, Scharrer says, and will also remain a viable service for many residents for years to come.

Point Broadband will be a key provider to provide fiber to all remaining unserved residents in seven of 11 townships within two years, and will offer fiber to many residents who currently have cable for broadband broadband. The remaining four townships will be supplemented with a likely mix of cable and fiber — details are being worked out, Scharrer said.

New construction, and the price to pay

“After obtaining the data, the maps and establishing the agreement with Point Broadband, the next challenge was to identify the necessary funds,” explains Wessell. “We have currently committed $3.2 million of our American Relief Plan Act funds and are seeking private, county, state, federal, and foundation support for the remainder of the project.”

To support the expanded service, two new towers will be erected, one on the county campus between the Village of Lake Leelanau and Suttons Bay, and one in Leelanau Township near Northport.

In addition, some fiber optic cables will run over utility poles and others will be installed underground.

Tony Anderson, general manager of the Cherryland Electric Cooperative, which serves the eastern part of the county, said his utility plans to do whatever it can to help Point Broadband get the job done.

That can mean speeding up work orders, or replacing some existing utility poles with bigger ones, or pruning trees — one of the biggest obstacles to work, he says.

“The trees will be our biggest challenge as they pass overhead,” Anderson says. “They always are.”

“When they start building, we’ll ask them ‘how can we help make it easier for you?’ said Anderson. “What do we need from us to make this happen as quickly as possible?”

Anderson says he doesn’t expect the work to cause a disruption in service to Cherryland customers.

And when it’s over, “more people will have fiber optics. That’s the whole story.”

The mix between underground and overhead lines that will be installed is not yet known, and the mix between cable and fiber could be close to 50/50 once all the townships are completed, Scharrer says.

How long will it last?

Cable technology is expected to be viable for another 10-20 years, although it is expected that cable companies, through normal maintenance of their systems, will replace everything with fiber within that time frame.

The fiber infrastructure will have a life expectancy of more than 50 years and has the capacity today to reach data rates 100 times or more than what is currently offered, Scharrer says.

Rosemary Parker has worked as a writer and editor for over 40 years, mostly in southwestern Michigan.