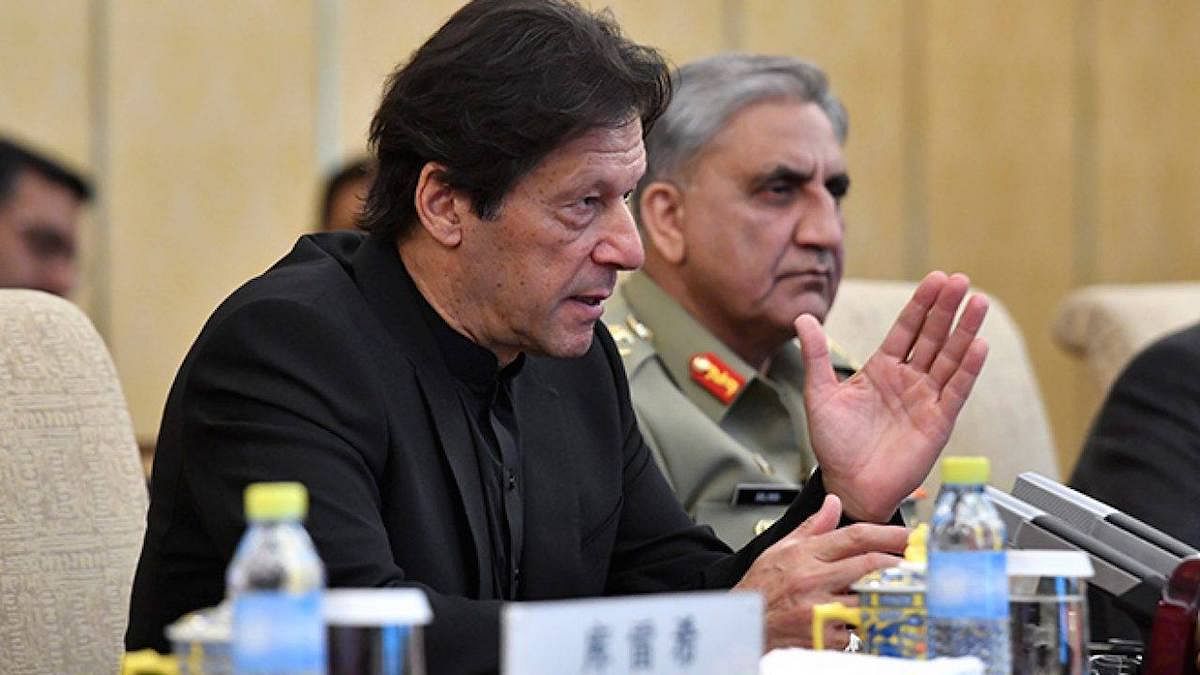 Pakistani economy destroyed, but Islamabad clearly has access to other “shady funds”


IIt’s surprising on one level, while not at all surprising on another. Just recently, the former head of Pakistan’s Federal Board of Revenue made it clear that the country was bankrupt and “not in business”. It is more than unusual for a country that is not at war, neither with itself nor with anyone else, to collapse. Afghanistan yes, but Pakistan? It’s strange, especially since he has just “won” an entire country after two decades of covert operations and support for a Taliban army of 60,000 people. It is expensive work. And this patronage continues, according to the new National Terrorism Reports, despite Pakistan’s apparent economic decline. This is all quite confusing. On the one hand, it is the king, and on the other, a beggar.

The economy is down, but Islamabad appears to have access to other sources of finance.

The figures themselves are revealing, despite the â€œsunny upâ€ approach of the State Bank of Pakistan (SBP). Pakistan’s total debts and liabilities have exceeded PKR 50.5 trillion, marking an increase of some PKR 20 trillion under the current government of Imran Khan. SBP data shows that the current account deficit has increased to 4.7 percent of GDP, well above the target of 2-3 percent for 2021. The State Bank’s foreign exchange reserves are teetering by crisis into crisis, stabilizing somewhat after a recent Saudi Arabia loan of $ 3 billion, part of a total aid of $ 4.3 billion. This was to improve Pakistan’s exchange rate. He does not have. The rupee dipped further to hit 179 against the dollar, indicating gloomy economic fundamentals.

The State Bank attributes pressure on fiscal resources to high debt service, as well as food imports, including wheat, sugar and vegetables. High cotton imports to support Pakistan’s textile industry have also eaten away at foreign exchange reserves. Previously, pressure from traders had led Pakistan to agree to import all these products from India, but this decision failed due to political pressure. Former RBF chairman Syed Shabbar Zaidi has categorically stated that the debt figures are at levels Pakistan can never pay. In a vast thread on Twitter he argued that “bankruptcy” is a condition when loans cannot be paid from predictable gains. It is a logical position that can hardly be challenged. But for the sake of argument, there is plenty of evidence for Pakistan’s apparent declining creditworthiness in terms of Saudi lending. The new loan charges a higher interest rate, Pakistan will pay $ 120 million in interest on the loan, an increase of $ 24 million from the similar facility in 2018. Other clauses are even more. severe. The loan must be returned within 72 hours of a written request from Saudi Arabia at any time. Any delay in paying interest or servicing the public debt would be considered a breach of the agreement, as would a withdrawal from the International Monetary Fund (IMF).

Meanwhile, Pakistan has reportedly paid China PKR 26 billion in interest on a $ 4.5 billion loan facility originally intended to promote trade, but diverted to repay the Saudis, among other things. To pay China, Pakistan turns to the IMF to bail it out with loans three times the amount borrowed. In other words, a classic debt trap of its own making, which only gets worse over the years as Islamabad nimbly shifts from one loan to another. It is beyond bankruptcy. It is a state of collapse.

The mystery of the increase in remittances

Then there is the only source that the State Bank relies on to keep its forex stable and the economy stable, and that is workers’ remittances. Under the leadership of the Financial Action Task Force (FATF) and the IMF, Pakistan has taken a series of measures to encourage the use of formal channels for remittances, rather than the usual hawala channels. While this certainly explains an increase in remittances to some extent, it cannot explain a 26.9% year-over-year increase in FY21, at a time when Covid-19 has decimated most savings, leading to a global drop in remittances. The largest amounts predictably come from Saudi Arabia, but the kingdom closed its borders with Pakistan last year, an issue that was discussed as a priority during the first Saudi official visit in July after the split. last year’s policy.

Foreign Minister Shah Mahmood Qureshi spoke about 400,000 people stranded in their homes due to travel restrictions imposed by Riyadh. This makes the 28.2% growth in Saudi remittances even more puzzling and certainly deserves a closer look. Additionally, Pakistan’s own figures from the Office of Overseas Emigration and Employment show that labor exports have declined significantly from 625,876 figures in 2019 to 223,156. currently abroad. It should be noted that remittances have long been used by organized crime cartels to launder money. Mexico is another country that has seen record levels of remittances to the United States, in a pattern almost similar to Pakistan. A FATF report details how remittances are used by organized crime to launder money, including for drug cartels.

Read also : Heroin and human trafficking are the only two sectors of the Afghan economy that are still flourishing

Speaking of drugs, the United Nations Drug Report 2020 reported a 37% increase in drug cultivation in Afghanistan, compared to the previous year. This is the third largest increase in cultivation since 1994. The southwest region remains the main opium-producing region of Afghanistan, accounting for 71% of total production, which includes important regions like Helmand and Kandahar, on the Pakistan border. What is curious is that this rise occurs when the prices of dry opium in the market are at an all time high, defying business acumen.

During this time, the drugs flow out through the sea and land, apparently seized after seizure. Most recently, the Sri Lankan Navy intercepted a boat carrying 250 kg of narcotics, in a series of other recent seizures that included a local fishing vessel caught with 290 kg in August, and two more interceptions of 336 kg and 170 kg of heroin in September. The Maldives saw another influx of heroin, all coming from Afghanistan via Faisalabad and Lahore in Pakistan, then out of Balochistan. It’s just an itinerary. Gujarat became a major landing point with not only Pakistanis arrested, but up to 2,988 kg of heroin were captured in a single massive transport. It all involves the local mafia, including Sri Lankan don Angoda Lukka mysteriously killed last year in Coimbatore, and a young Afghan in Delhi. It is now a national security issue for India. Yet, oddly enough, there is nowhere the kind of data available on drug cartels operating out of Pakistan that were once available in the 1990s when, for example, a report by the Central Intelligence Agency “Swing the Wind â€brought to light critical details of drug-political cartels in Pakistan. . Today, the silence is intriguing.

Clearly, there is a network of criminal networks operating across and outside Pakistan which includes a variety of other activities, including human trafficking, mainly of desperate Afghans fleeing the war. As famine increases, Pakistan tries to involve the international community in the fight against the looming refugee crisis. But the damage is done. Even as the ISI strikes a pose in Afghanistan after its “victory”, Pakistan has emerged as one of the most heroin-addicted states in the world with an estimated 6.7 million drug addicts, most of them along border areas.

Its skidding economy is therefore only part of the costs Pakistan paid for its â€œAfghan adventureâ€. There is more, including institutional decadence and a rise in radicalism, spurred by the victory of the Taliban. A failed state with a monstrous ego that sees itself as a “regional power” is bad enough. The worst part is that it is spreading to the rest of South Asia, some with intention, sometimes not. Either way, it’s time to cry stop. And maybe Islamabad needs to reconsider the issue of trade with India. After all, it is better to lose face than to lose a country.

The author is Distinguished Fellow at the Institute of Peace and Conflict Studies, New Delhi. She tweets @kartha_tara. Opinions are personal.

But the news media are in a crisis of their own. There have been brutal layoffs and pay cuts. The best of journalism is shrinking, giving in to crass spectacle in prime time.

ThePrint employs the best young reporters, columnists and editors. To maintain journalism of this quality, it takes smart, thoughtful people like you to pay the price. Whether you live in India or abroad, you can do it here.

Metsä Board Oyj (HEL:METSB) has a fairly healthy balance sheet