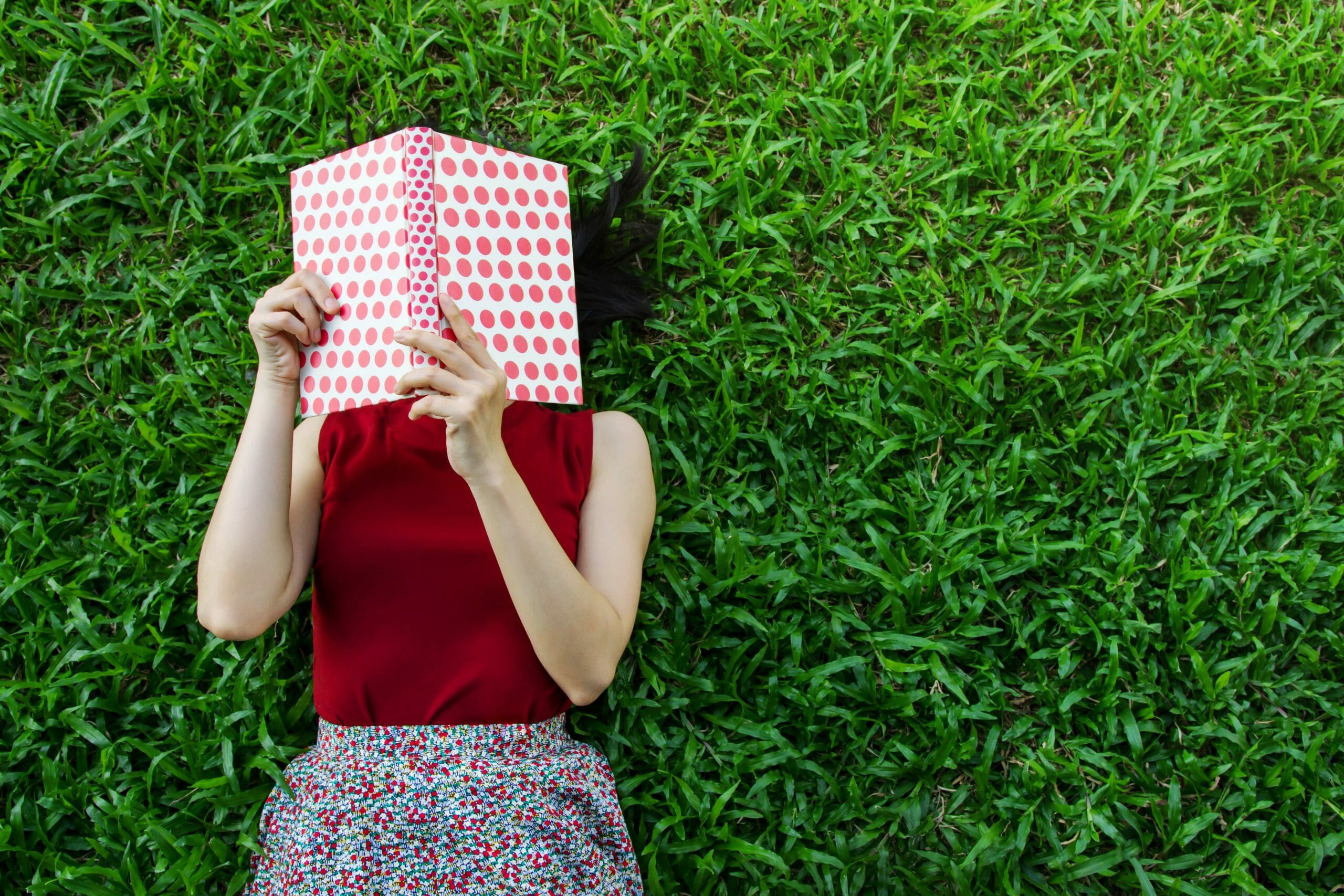 Between picnics and Labor Day parties, you might be looking for inspiration for the upcoming fights for a fairer world. Our Inequality Team at the Institute for Policy Studies has compiled a list of some of our favorite books, podcasts, and videos. Enjoy!

The Future We Need: Organizing for Economic Democracy in the 21st Century (book)

by Erica Smiley and Sarita Gupta

IPS Director of Global Economics, Sarah Anderson, swears she doesn’t just recommend this book because co-author Sarita Gupta happens to be IPS’s board chair. “Good organizers rarely have the bandwidth to put their wisdom on paper,” Anderson notes. “In this case, two of them somehow found the time and the result is a gift for anyone who cares about building power for the greater good.” Smiley runs Jobs With Justice, a position Gupta held before joining the Ford Foundation. They lay out an inspiring vision, illustrated by concrete examples, of applying the principles of collective bargaining beyond the workplace to achieve genuine economic democracy in other areas, from schools to courthouses. In an Inequality.org comment Drawing from the book, Smiley and Gupta call for “a broader view of democracy, one that goes beyond individual rights and into the realm of shared responsibilities”.

by the National Bureau of Economic Research

OK, this one might be a bit dry, but IPS Associate Fellow Dedrick Asante-Muhammad brings it to life in a conversation with Dr. Jared A. Ball of Morgan State University (Dedrick appears at the start of the second hour of the video). The report takes a long look at the racial wealth divide in the United States, finding that the convergence of white and black wealth achieved after the end of slavery came to a halt in the 1950s before widening again. from the 1980s. Today, white households have on average six times more wealth than black households. “Some people say black people just don’t invest in the right things and if they did, they could close the racial wealth gap,” Asante-Muhammad says. “What this report shows is that even if black people got equal returns on their investments – which they don’t because, for example, homes in black neighborhoods are undervalued – we would still have a three-to-one difference.

As a big movie buff, Inequality.org editor Rebekah Entralgo really enjoyed this two-part podcast series from Citations Needed – a show co-hosted by Nima Shirazi and Adam Johnson about politics and media narratives. The first episode chronicles the impact of problematic portrayals of unions as bloated bureaucratic forces or as corrupt weapons of the mafia in films like At the water’s edge and The Irishman. The hosts even dive deep into the history of the Oscars’ anti-union origins. The second episode highlights more positive portrayals of unions in films as being a force for heroism and solidarity, including films like Norma Rae. “I’m always on the lookout for media that blends pop culture, history, and politics,” says Entralgo. “It was the perfect afternoon to listen while cleaning around my apartment on a Sunday.”

To have and to be had (book)

Part dissertation and personal essay, part study of economic inequalities, To have and to be had is a collection of short but evocative insights from writer Eula Biss into what it means to live – to work, to spend time with family and friends, to buy and fix a house – under capitalism. Biss was once a struggling artist, but now she’s a tenured academic, so she understands that she climbed some sort of ladder due to a combination of talent, privilege, and luck. “My adult life can be divided into two distinct parts,” she writes, “the period before I owned a washing machine and the period after.” IPS researcher Kalena Thomhave recommends this book to anyone who has ever noticed an internal dissonance between enjoying what money can buy and feeling distaste for the system that currently makes it possible.

Looking for a thriller that will keep you hooked for over a thousand pages? You won’t find any killers or ghosts in Robert Caro’s 1974 Pulitzer Prize-winning biography of Robert Moses, the one-time egalitarian who became New York’s most powerful empire-builder. You will find in-depth information on why our American political system could not maintain the record economic equality of the mid-twentieth century. Caro has become much better known today for his multi-volume biography of Lyndon Johnson, but this book, says our Inequality.org author Sam Pizzigati, is even more compelling. Have you ever imagined that reading a chapter about building a highway might make you sweat and get out of breath? Lily The Power Broker‘s chapter on the creation of the Cross-Bronx Freeway – and the destruction of our once limitless American Dream.

The Colony: The Heartbreaking True Story of the Exiles of Molokai (book)

IPS Next Leader Rebecca Karpen loves this book. She first read it several years ago, but in trying to understand the government’s chaotic response to the Covid-19 pandemic, she found herself coming back to it. The US government ran a leper colony on a remote Hawaiian peninsula until 1969, the year man walked on the moon. For 103 years, the federal government sent about 8,000 people of all ages and creeds to die for fear of infecting others. The parallels with the Covid-19 response, especially in terms of jargon, are astonishing and unsettling. Beyond the content itself, Tayman creates a vivid and painful account of those forced into exile, many for life, as well as insight into the decisions that shaped America’s response to a health crisis. The colony is as much a book about inequality, colonialism, community and identity as it is about a disease. A fascinating look at the ethics of American health care with three-dimensional portraits of major figures in the history of the colony. You will cry. A lot.

IPS researcher Helen Flannery recommends this CBS reboot classic 1980s TV series. New Equalizer stars Queen Latifah as Robyn McCall, a former CIA agent turned vigilante advocating justice for marginalized people with nowhere to go. The plots can be formulaic, and the screenwriting can sometimes snap like an old Dashiell Hammett novel. But Queen Latifah, who serves as an executive producer on the show, is a strong and passionate McCall. Women of color have most of the lead roles. And the series tackles hot topics ranging from racial profiling, immigrant rights, and LGBTQ+ relationships to internet bullying, PTSD, and the challenges of being proud of one’s own ethnic heritage.

Davos Man: How Billionaires Devoured the World (book and video)

Bob Lord, IPS Associate Member and Collections Tax Lawyer, recommends Davos Man by New York Times journalist Peter Goodman. Davos is a reference to the elite conference held annually in January at an exclusive Swiss ski resort. In a recent Newsweek column, Lord writes that Goodman “documents the stranglehold that the billionaire class, whom he collectively calls ‘the Davos man,’ has on policy-making in America and, by extension, the industrialized world”. If you’d rather watch than read Goodman, check out his remarks to a Patriotic Millionaires Conference earlier this year (minute 33), where he shared juicy first-hand stories from reporting on the Davos summit.

Anthropologist Phillippe Bourgois immerses himself in the neighborhood of Harlem in New York to produce an ethnographic study of social marginalization set in the context of the war on drugs and the structural poverty of immigrants in America. First published in 1995, this heartbreaking story follows the lives of Puerto Rican residents for five years as they seek respect on the margins of society. He was one of the executive assistants of IPS Ashley He and Sheffield’s favorite undergraduate books really opened his eyes to systems of oppression and broken social structures. (Warning: includes explicit depictions of sexual assault, drug use and violence)

Monopolised: Life in the Age of Corporate Power (book)

monopolized was the first IPS book Research and Editorial Assistant Bella DeVaan re attended an academic seminar taught by communications historian Richard John and antimonopoly expert Matt Stoller, which ultimately led her to apply to work with Inequality.org. Written by The American Perspective Editor-in-Chief, David Dayen, monopolized details the disastrous impact of monopoly and corporate power on the daily experiences of ordinary Americans. One chapter, for example, links airline mergers to deregulation that increased the risk of blood clots on long-haul flights. By taking readers on a tour of private prisons, media conglomerates, and hospital rooms, Dayen sheds light on how inequality and its discontents are completely constructed and transformable conditions. It clearly explains how the corporatist beliefs of legislators have led to merger after merger approval and it demystifies the functions of our most boring regulatory agencies for the average reader, all without sacrificing personality and warmth. monopolized provides readers with sophisticated and useful insights into how our government (and its abandoned responsibilities) can structure our lives – and how we can harness power to fight back.

Is inequality in America irreversible? (book)

OK, that last rec isn’t from one of us – Chuck is way too modest to plug in his own book. But we couldn’t resist noting that his 2018 paperback was recently recommended by none other than California Cuisine godfather Wolfgang Puck. In an interview with the luxury magazine Sphere, Puck served his favorite cocktail, wine pairing and luxury watch. Her book recommendations? “I’m reading a book by Chuck Collins called Is inequality in America irreversible?” Puck replied “It’s about capitalism in America and how everything started to be outsourced to China, Mexico.” We love reaching new audiences!