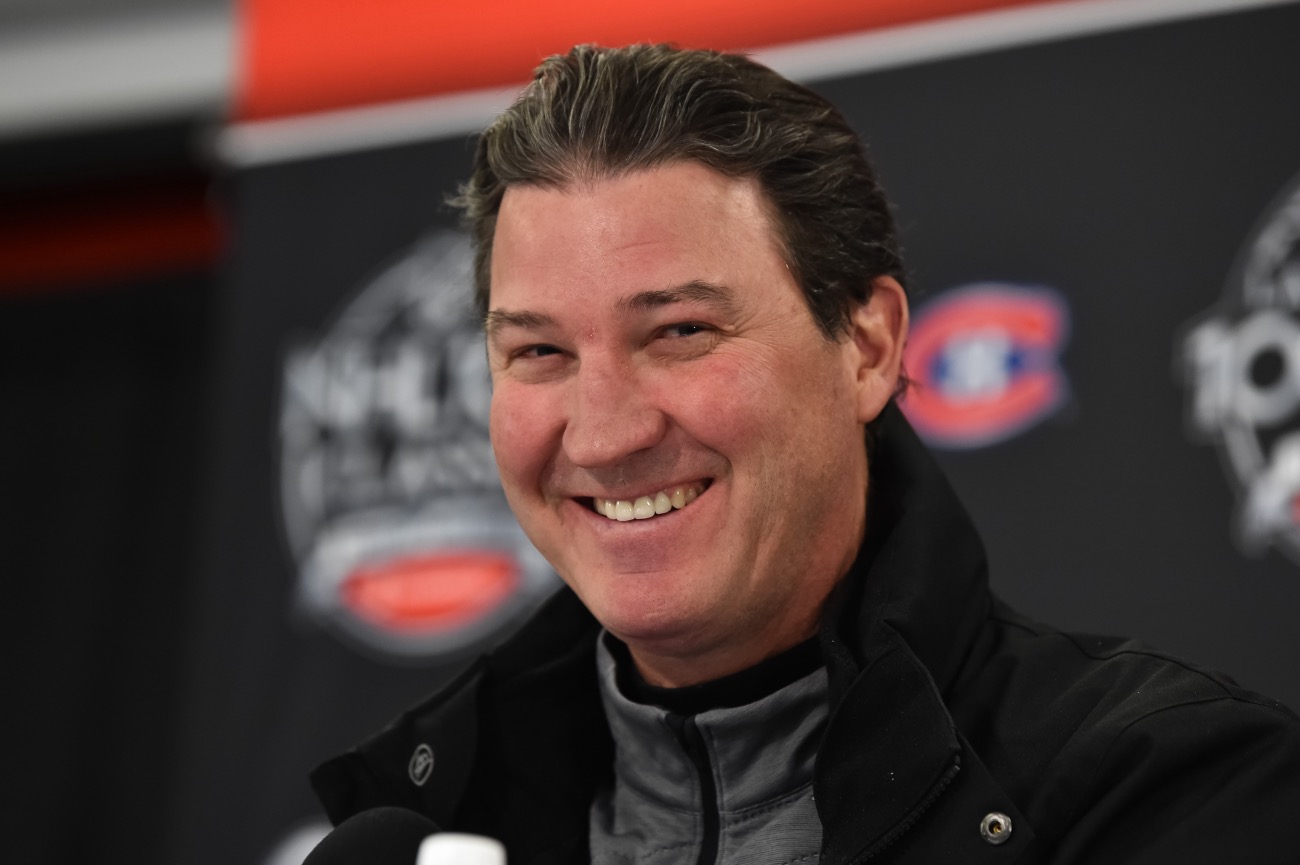 Savage story of how Mario Lemieux made an est. $ 360 million off sale of penguins

Mario Lemieux aka The Magnificent One aka Super Mario is the greatest player in the history of the Pittsburgh Penguins franchise. He also reportedly made $ 350 million after the Penguins were sold to Fenway Sports Group and it all stems from the fact that Pittsburgh couldn’t pay him off in the late ’90s.

He was the first overall pick in 1984 and played 17 seasons in the NHL, all with the Penguins. As you’ll see in this crazy story below, Mario became part owner of the Penguins in 1999 after the organization experienced financial difficulties and declared bankruptcy.

This whole Joe Pompliano Twitter thread / story about selling the Penguins and increasing Lemieux’s wealth is wild, but one part that comes to my mind refers to Mario as “a former Penguins player” in the first tweet. Let’s be clear, he is, was and always will be the most important player in the history of the team. Referring to Lemiuex as “a former Penguins player” seems like a bad way to start this thread, but here we are.

The Pittsburgh Penguins were recently acquired by Fenway Sports Group for around $ 900 million.

A former Penguins player is expected to earn more than $ 350 million from the deal due to negotiation in 1999.

This is the wild story 👇

After a remarkable career in the Quebec junior hockey league, Mario Lemieux was chosen # 1 overall by the Pittsburgh Penguins in 1984.

2) Mario Lemieux had a legendary career.

But that’s only part of the story … pic.twitter.com/Sud94m9S3C

3) Ownership of the penguins saw their business collapse throughout the 1990s.

Income slumped as expenses tripled, and with $ 100 million in debt, the team was forced to file for bankruptcy in 1998.

Mario Lemieux, to whom we owed more than $ 26 million in deferred salary.

4) But rather than chasing pennies on the dollar in court, Mario Lemieux found a brilliant solution.

Lemieux offered to buy the team along with a group of investors, funding his share by converting $ 20 million of his deferred salary into equity.

Once done, Lemieux owned 25% of the team.

5) Since purchasing the Penguins in 1999, Mario Lemieux and his group of owners have revitalized the franchise.

Annual revenues increased from $ 55 million to $ 185 million, they built a new arena, and made lucrative cable deals.

6) The Penguins recently ended a 633-game sold-out streak that spanned more than 14 years.

And Mario Lemieux is the only person in NHL history to have his name on the Stanley Cup as a player and owner.

The franchise is now one of the strongest in the NHL.

This is not a bad payment for a player who potentially considered suing his team to recover some of the money they were owed, but instead became an irreplaceable part of the history of the organization and the team. ‘team.

7) Mario Lemieux has increased his equity stake over the years and is expected to remain a small minority owner after the sale.

But at a valuation of $ 900 million, that means Lemieux turned his deferred salary of $ 26 million into roughly $ 360 million.

This makes it one of the best investments for athletes of all time.

8) Mario Lemieux’s deal to buy the Penguins may seem like a no-brainer now, but it wasn’t always so.

Lemieux found the leverage and got creative, pushing himself up uncapped and turned a bad situation into an incredible investment.

As they say, fairness is the key. pic.twitter.com/UC12iCjfwJ

If you want to dig deeper into the details, here’s a great summary of the 1999 negotiation.https://t.co/9oql71TSr8

In total, Mario Lemieux earned $ 55,716,960 in NHL salary, which works out to about $ 96,293,055 in today’s dollars after adjusting for inflation. He’s already been a rich man for a very long time, but making $ 360 million from this deal would instantly make him one of the richest people in the city of Pittsburgh.

The Fenway Sports Group already owns the Boston Red Sox and Liverpool FC among other business interests (Roush Racing etc.). Buying the Pittsburgh Penguins makes perfect sense to them and it can only mean good things ahead for the future of the Penguins organization.

Households of color have more costly and riskier debt, which hurts their chances of creating wealth