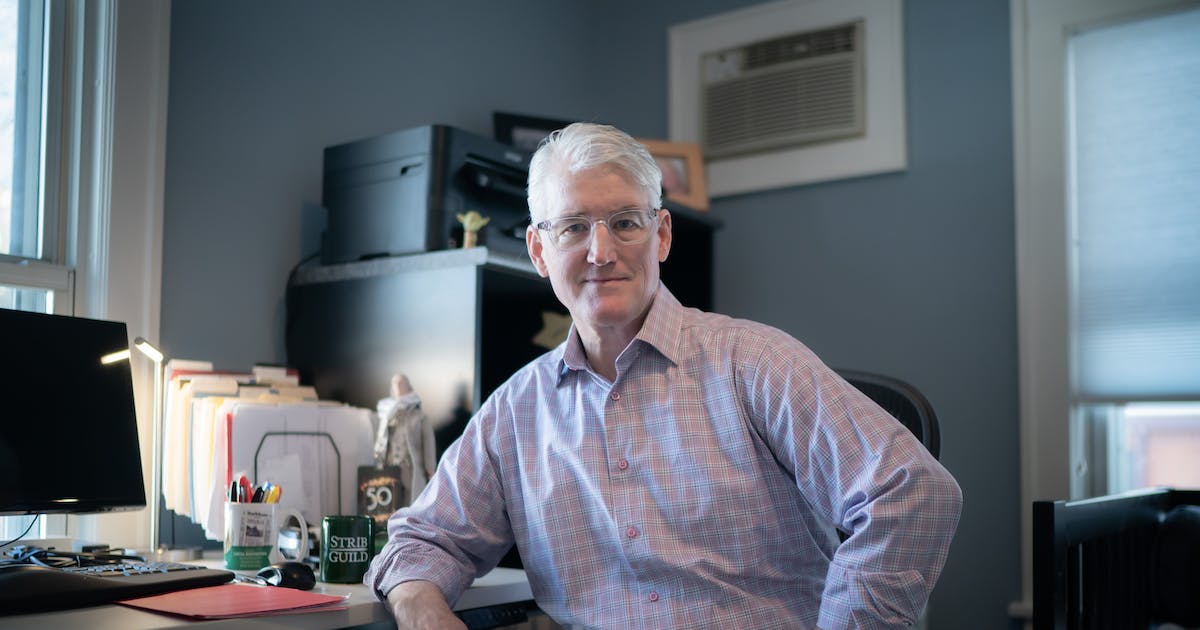 Schafer: What do you really need to retire?

“You have a choice, Mr. Schafer,” our financial adviser Craig Shaver has said almost every time we’ve spoken for the past two years.

Shaver of RBC Wealth Management sometimes added “within reason.” Buying a villa in the south of France goes well beyond reason, but we could rent one on Vrbo – you know, maybe one of those cute little ones.

He was right, of course, and I chose to change. This week is my last in the Star Tribune and you are reading my last column.

I’m so grateful for the readers who kept coming back. Somehow this job became easier for me when, a few years later, I started imagining real people holding printed paper or an iPad in their hands.

I suspect my first two articles on personal finance came from the panic of deadlines and the lack of new ideas on Medtronic or Target. Personal finance got more interesting, however, when I heard from readers and finally understood what people needed.

They didn’t need to see any more stories about picking exchange-traded funds or how to save money on their taxes. They might not even have clicked on a tax advice article if they weren’t a little worried they were doing something wrong.

That’s what much of this form of financial writing suggests – that if someone’s personal finances aren’t doing well, it’s entirely their fault.

That’s what readers told me. Saving and investing for retirement is a do-it-yourself American project that is stressful and difficult to accomplish. The same goes for a child’s college education.

Does it have to be so hard?

Those email readers didn’t want to be rich, exactly, but cared much less. They were tired of being angry too, like when they watched the neighbors who hadn’t saved anything for their children’s college receiving lots of scholarships while their accumulated savings for college still left their children buried under student loans.

They could definitely use hearing that they shouldn’t just blame themselves if a sense of financial security never arrives. They could be reassured that no matter what turn of events they always had good choices.

So my recurring lesson – maybe only in one or two columns a year, and I hope in a way that doesn’t sound like preaching – was that we earn and invest money not to become rich but to have a good life.

And you don’t have to have a lot of money, or a lot of things that money buys, to have a good life.

Of the things that seem most important for the next chapter of our lives, most of them won’t cost much.

Some ideas for retirement that are very expensive, like buying a big house in another state, we don’t.

Granted, moving across the country might make people happier, although it seems much more likely that they’ll take most of their problems with them. And I know from years of investigating human biases in decision-making that people are generally very bad at predicting what will make them happy.

Any interest I had in moving to sunny Florida, an ever-popular spot for Minnesotans, did not survive my last business trip there. The Floridians were fine. It was the Minnesotans obsessed with tax evasion who were annoying.

A brilliant Minnesotan argued that only state income tax savings can pay for a Minnesota couple’s condo that is officially residing in Florida.

Well, maybe, depending on the size of the condo and their taxable income. But then they have to actually live there, for at least half the year anyway. They would trade places in the Minnesota communities that fed them for the chance to pay less tax.

Our tradition here of being involved in our communities is one of the reasons we get quite a high ranking by measures like the health of our elders. This may help explain why Minnesota edged out Hawaii for the top spot in a statewide ranking of the number of years people can expect to live independently and in good health, according to the 2018 study I Found while cleaning up records last week.

One of the benefits of getting out into the community and helping others with their problems is not thinking about your own. A CEO once told me it had never occurred to him, on his way home from volunteering to fish trash out of a dumpster at the construction site of a nonprofit organization. nonprofit, that he really needed to buy a new boat.

I’ve done a lot of volunteering and I’m not even the most active volunteer in my house. To date, there must be at least a dozen things I’ve done for my little church in St. Paul, including working with our teenagers.

It was one of them, a ninth grader, who told me that he plans to become an active member of the church because one day he will really need a supportive community. When he does, this one will be there for him.

It beat everything that was said from the pulpit that week.

If you reach retirement age with choices, choose as many communities as possible. When you need it, it will be there for you.

A surprise when I arrived at the Star Tribune in 2012 was to find a significant community in the newsroom. Writing a column is like what HR calls an “individual contributor” job, with no staff or budget but with important work to do.

Yet, it didn’t really work out that way. Simply put, Star Tribune business news is produced by a team, and if my work was good, I had a lot of help.

When asked what my plans are, I say the highest priority is to rebuild a sense of purpose around something other than writing for the Star Tribune. This could mean a book project, gig work, volunteering, or even taking on a caregiving role for a family member.

Just talking about a life’s purpose seems to bore some people, but it’s really nothing more than something that drives you to get things done. It doesn’t have to be paid work.

I’m not saying these things are good enough and people don’t have to work hard to save for retirement. I’m not even sure I can say how much is enough, except to suggest that getting there might feel like a race with a moving finish line.

What none of these people realize is that much less can make a big difference as you get older, which I learned this year helping an 82-year-old family member prepare for the assisted living.

Medicaid will help pay for a bed in a double dorm-style room. Down the hall, however, is a well-lit and much cozier studio. The additional rent for this private apartment is approximately $2,000 per month.

After a lifetime of work, this family member has a monthly social security check and that’s about it for any money. Qualifying for Medicaid is not a gimmick at all. Yet he also has a small house that someone will want to buy. There’s enough equity in this house to fund maybe three years of this private room.

And like almost everyone, he has people and groups he really cares about, like the church where he was so well supported.

It might even turn out that his needs have been met and he is still nearing the end with another choice to make: what to do with the remaining money.

Even deciding where a few hundred dollars should go can lead to the realization that we didn’t have enough. We had more than enough.

You know, that doesn’t seem like a bad way to describe being rich.

These performance indicators do not give the impression that Romande Energie Holding (VTX:HREN) is too strong

Is the market collapsing? No. Here’s what’s happening to stocks and bonds as the Fed aims to end the era of easy money, analysts say