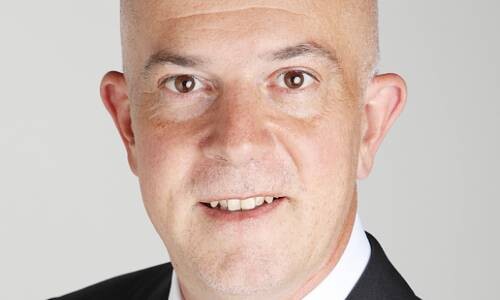 Andreas Ita is full of praise for Credit Suisse’s new strategy. The former UBS executive and current chief executive of consulting firm Orbit36 tells finews.com where the bank’s management around Ulrich Koerner still has work to do.

Mr. Ita, Credit Suisse yesterday presented a whole package of measures to stabilize the bank. Was Ulrich Koerner’s management brave enough to do so?

We think so. With the announced reduction of investment banking by 40%, Credit Suisse management has made clear its commitment to focus on Swiss wealth management and banking in the future and to reduce the Markets division. is to say the new investment bank, pure function provider.

What was missing – what could the bank’s management have done better?

Credit Suisse management probably did not have many strategic options to implement given the current situation. The strategy announced is therefore fully in line with our expectations. In our view, information on the expected long-term profitability of the new investment bank as well as the bank as a whole was somewhat lacking.

So far, how the bank creates lasting shareholder value once the strategic transformation is complete remains somewhat unclear. For example, regulatory capital return targets through 2025 are below the cost of capital. At Credit Suisse, these are more in the order of 10% than the target return of 6% on regulatory capital.

Shares of Credit Suisse plunged immediately after the announcement. Despite all this, has management failed to restore investor confidence?

The fall in the share price is largely explained by the dilutive effect of the announced capital increase. We believe that the measures taken are conducive to building new confidence. This view is also supported by CDS spreads and AT1 bond prices, which have already recovered significantly from their extreme values ​​at the start of the month.

A nasty surprise was the $1 billion write-down on deferred tax assets that Credit Suisse took to the balance sheet in the third quarter, apparently as a result of the restructuring. Where do you see other pitfalls in the restructuring of the bank?

This concerns the amortization of deferred tax assets, a direct consequence of the shutdown of certain businesses. In the restructuring – at this early stage – not all details are known. Decisions at a more granular level, such as the restructuring of individual legal entities, can often only be made later. In this context, surprises due to tax or capital effects can never be completely ruled out.

So there are no more imponderables?

It should also be kept in mind that the Structured Products Group (SPG) divestment transaction is not yet in the bag and that many questions of detail still need to be resolved regarding the creation of the independent legal entity. CS First Boston.

Why did Credit Suisse choose the option of reviving investment bank CS First Boston rather than simply selling the business outright?

Selling individual business units within a group is a demanding and complex business. With the chosen option, Credit Suisse saves the time it needs to first transfer the relevant activities to an independent business unit. This gives him the ability to give employees an equity stake in the unit, raise funds from third-party investors, and possibly later go public, which Koerner raised as a possibility. The variation is elegant because it spares Credit Suisse the restructuring costs of layoffs, allows employees to keep their jobs, and still lets Credit Suisse shareholders participate in any recovery in market conditions.

Koerner & Co communicated extensively on the new structure and savings, but was vague on the return outlook for the new build, as you say. Is it justified?

The bank must manage to cover at least its cost of capital after 2025 and create value for shareholders. This is the only way to avoid a lasting discount to book value. To be fair, however, it must also be said that higher returns often only materialize a few quarters after a successful restructuring.

“The option of a new SKA (Schweizerische Kreditanstalt, or SKA, was the predecessor of Credit Suisse) is more in line with the romantic ideas of many Swiss”

This was also the case at UBS at the time. We suspect that Credit Suisse senior management deliberately provided rather conservative information so as not to have to surprise the market later with a missed target. In this sense, the bank seems to have learned the lessons of the past.

The future of banking depends above all on wealth management. But the division has not been able to shine lately. Are the hopes placed in this workhorse exaggerated?

High net worth clients have multiple banking relationships. They usually react by changing banks when they have doubts about a bank’s solvency. When confidence returns, they will tend to repatriate funds to ensure sufficient diversification of their balances.

It is striking that, of all the strategic options, Credit Suisse has been very cautious about its activities in Switzerland. What is the argument against the vision of a new SKA managed as an independent company?

This option corresponds more to the romantic ideas of many Swiss people than to an economically sensible strategy. Economies of scale play a major role in banking as well as asset management.

Andreas Ita is the founder and managing partner of Orbit36, a firm that advises banks and insurance companies on strategic planning and risk and capital management. The Swiss banker began his career in equity derivatives trading and worked for UBS for a total of 22 years. Most recently, he was responsible for the economic performance of the group and the optimization of the capital of the Swiss bank until mid-2019. He holds a doctorate. in Banking and Finance from the University of Zurich.

Kanye West apologizes after brands keep letting him down