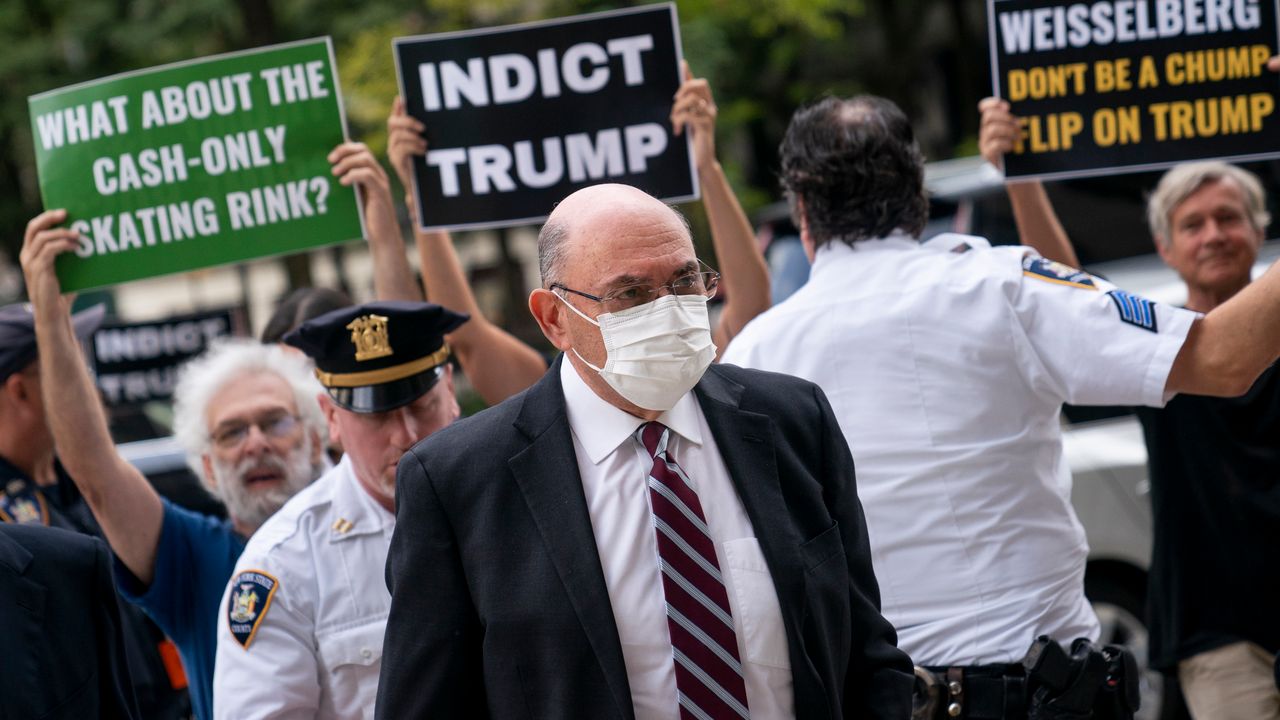 The Trump Organization’s longtime chief financial officer, Allen Weisselberg, pleaded guilty to the 15 counts against him in a 2021 grand jury indictment on Thursday. He did so in as part of a plea deal with Manhattan Democratic District Attorney Alvin Bragg.

Weisselberg, in an admission that implicates his lifelong employer, pleaded guilty to participating in a criminal conspiracy with an unindicted co-conspirator and the Trump Organization to “defraud federal, New York State tax authorities and New York City”.

The charges to which Trump’s “money man” pleaded guilty include: conspiracy, grand larceny, criminal tax evasion and falsification of business records. The total value of compensation that Weisselberg received but did not report to the government was more than $1.7 million from 2005 to 2021.

Instead of going to trial and risking spending the rest of his life in prison, Weisselberg pleaded guilty to overseeing an “off the books” operation at Trump family businesses. The scheme centered on keeping separate accounting books to hide payments and gifts given to Weisselberg, and others, to avoid paying taxes.

The indictment alleged that the chief financial officer failed to report his additional compensation to the Internal Revenue Service. Although this compensation was not reported on Weisselberg’s W-2 tax forms, it was still included in the Trump Organization’s business expenses for the purpose of obtaining corporate tax benefits.

When the indictment was originally issued against Weisselberg last summer, ex-President Donald Trump issued a statement defending his employee’s fraudulent practices as “standard practice” in the “American business community, and in no way a crime”.

Trump is not wrong. The criminality in which its CFO and corporations regularly engage is common among all major American corporations and financial institutions. Billionaires, from Trump to Tesla CEO Elon Musk and Amazon’s Jeff Bezos, hire teams of accountants and lawyers to “legally” and illegally hide their income and compensation to skimp on paying taxes, while by claiming huge paper losses from the IRS in order to reap generous tax benefits.

This type of financial chicanery is common among the ruling elite of all capitalist countries, but is perhaps most prevalent in the United States, where more than 735 billionaires live, according to Forbes, which are collectively worth more than $4.7 trillion. According to figures from the Federal Reserve, the total wealth of the top 1% reached a record $45.9 trillion at the end of 2021, accounting for nearly 33% of all wealth in America.

The wealth of the top 1% has increased by more than $12 trillion, or more than a third, since the start of the pandemic, which has killed more than 1.1 million Americans, mostly from the working class and poor.

At the end of the first quarter of 2022, the Federal Reserve reported that the top 1% had seen their wealth decline slightly, but still retained $44.92 trillion of the approximately $141 trillion in wealth produced in the United States. United. Meanwhile, the bottom 50% of the country, more than 160 million people, controlled just $3.92 trillion combined.

In seeking to have the case against Weisselberg and the Trump Organization dismissed, attorneys for the defendants argued that the targeting of Weisselberg’s and Trump’s companies was politically motivated. Last week, Judge Juan Merchan denied the defense’s motion to dismiss, clearing the way for the trial to begin in October.

Under the terms of his plea deal, Weisselberg is expected to spend approximately 100 days in New York’s Rikers Island prison, followed by five years of probation.

Last summer, Manhattan District Attorney Cyrus R. Vance, Jr. indicted Weisselberg in an attempt to force him to become a state witness and testify against his boss, Donald Trump, as part of a an ongoing criminal investigation into the Trump Organization.

Earlier this year, the two lead prosecutors in that criminal investigation resigned after Bragg indicated he did not see himself pressing charges against Trump without an inside source, such as Weisselberg, who would be willing to testify directly against Trump. Although Bragg says the criminal investigation is still ongoing, it doesn’t look like charges will be laid any time soon.

Despite the serious charges against Weisselberg, Manhattan prosecutors were unable to induce him to testify against the former president or any other member of the Trump family. Weisselberg’s loyalty to “the Don” was expressed in a statement released by the Trump Organization following the legal proceedings.

He called Weisselberg “a good and honorable man, who for the past four years has been harassed, persecuted and threatened by law enforcement, particularly the Manhattan District Attorney, in their endless pursuit and politically motivated to get President Trump.”

The statement goes on to say that Weisselberg “in an effort to put this matter behind him and move on with his life, decided that the best course of action – for him and his family – was to plead guilty.”

The statement concluded, “The two Trump companies targeted by the Manhattan prosecutor will not take pleas for the simple reason that they have done nothing wrong. As a result, we now look forward to our day in court, which, interestingly enough, is scheduled for October 24, just days before the midterm elections.

Although Weisselberg has refused to take action against Trump, his plea deal requires him to testify against the Trump Organization in the civil trial due to begin in October. In order to maintain its influence over Weisselberg, the government will not convict him until after his testimony.

Another condition of Weisselberg’s plea deal is that he pay nearly $2 million in back taxes, interest and other fines.

If the Trump Organization, which faces 10 felony counts, is found guilty in the fall trial, no one will go to jail, but the company could be forced to pay back taxes and fines , which could paralyze her.

During Thursday’s hearing, Weisselberg acknowledged that the fraud scheme was carried out in collaboration with Jeffrey McConney, the comptroller of the Trump Organization. McConney reported to Weisselberg and was granted immunity for his testimony, according to a CNN report. McConney is also the unindicted co-conspirator in the indictment.

Nicholas Gravante Jr., Weisselberg’s attorney, said in a statement after the hearing that the former Trump leader “has decided to plead guilty today to put an end to this case and the legal and personal nightmares it has caused.” caused for years. and his family. Rather than risk the possibility of 15 years in prison, he agreed to serve 100 days. We are glad to have that behind him.

Defense attorneys for the Trump Organization will have their work cut out for them this fall. It will be difficult to convince a jury that the Trump family business is not a criminal enterprise when the government’s star witness will be the recently convicted former chief financial officer of the same organization.

Following the court proceedings, Manhattan District Attorney Bragg released a statement stating that the plea deal “directly implicates the Trump Organization in a wide range of criminal activity and requires Weisselberg to provide testimony. invaluable in the next trial against the company”.

The Socialist Equality Party organizes the working class in the struggle for socialism: the reorganization of all economic life to serve social needs, not private profit.

A trio of actions with solid reliability