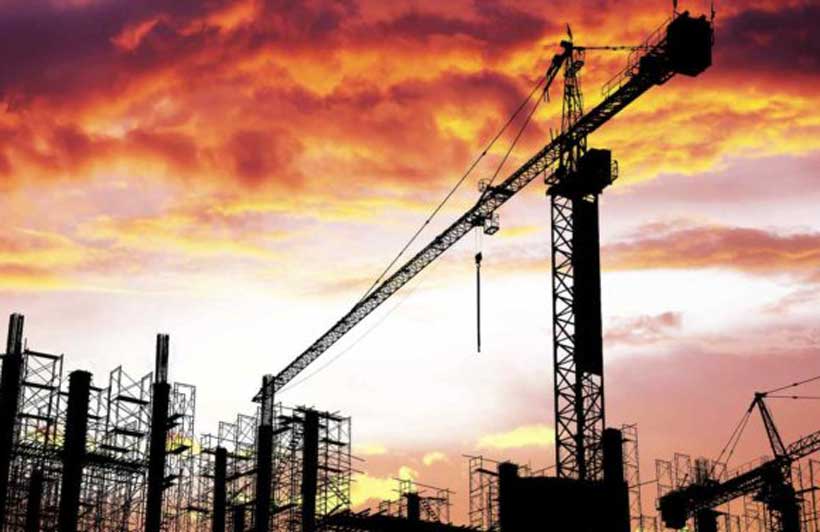 Using nature in infrastructure projects could save $ 248 billion per year

Countries that deplete their resources for short-term gain put their economies on an unsustainable development path. While indicators such as gross domestic product (GDP) have traditionally been used to measure economic growth, the report stresses the importance of taking into account natural, human and produced capital to understand whether growth is sustainable.

“A deeper and more nuanced understanding of the sustainability of wealth is crucial for a green, resilient and inclusive future”, said Mari Pangestu, World Bank Managing Director for Development Policy and Partnerships. “It is essential that renewable natural capital and human capital are given the same importance as more traditional sources of economic growth, so that policymakers take action to enable long-term prosperity. “

According to the report, global wealth increased significantly between 1995 and 2018, and middle-income countries are catching up with high-income countries. However, growing prosperity has been accompanied by unsustainable management of some natural assets. Low- and middle-income countries saw their per capita forest wealth decline by 8% between 1995 and 2018, reflecting significant deforestation. Meanwhile, the value of global marine fish stocks collapsed by 83% due to mismanagement and overfishing during the same period. Projected impacts of climate change could exacerbate these trends.

In addition, improper valuation of assets such as carbon-emitting fossil fuels can lead to overpricing and overconsumption. Development can be placed on a more sustainable path by taking a holistic view of wealth and putting in place policy measures, including carbon pricing, to better value and maintain assets such as forests, mangroves and capital. human.

Globally, the share of total wealth in renewable natural capital (forests, cropland and ocean resources) is declining and is even more threatened by climate change. At the same time, renewable natural capital is becoming increasingly valuable as it provides essential ecosystem services. For example, the value of mangroves for coastal flood protection has increased more than 2.5 times since 1995 to reach over $ 547 billion in 2018. The value of protected areas per square kilometer has also increased rapidly.

“The Changing Wealth of Nations provides the data and analysis to help governments obtain prices and policies that are appropriate for sustainable development”, noted World Bank Global Director for Environment, Natural Resources and Blue Economy, Karin Kemper. “By ignoring the impacts of pollution and global warming, fossil fuel assets have historically been overvalued, while assets that contribute to climate change mitigation, such as forests, are undervalued. “

The report shows that human capital, measured as the expected earnings of the population over its lifetime, is the largest source of global wealth, accounting for 64% of total global wealth in 2018. Middle-income countries have increased their wealth. investment in human capital and have in turn recorded significant increases in their share of global human capital wealth.

Although the long-term effects of the COVID-19 pandemic are still unknown, low-income countries are likely to suffer the most severe impacts, with an expected loss of 14% of total human capital. Human capital is further constrained by gender gaps in all regions and income groups, with little improvement since 1995. Air quality also has serious consequences for both human capital and climate change, and is responsible for more than 6 million premature deaths each year.

The wealth of non-renewable natural capital (minerals, fossil fuels) has declined since 2014, mainly due to falling commodity prices. The report examines the expected impacts of a low-carbon transition and border carbon adjustment taxes on fossil fuel wealth and provides recommendations for managing the economic risks posed to resource-dependent countries. Countries that rely heavily on fossil fuel wealth have been found to have a lower share of wealth derived from human capital, despite their high income levels, with human capital accounting for only 34% of their wealth.

The report outlines several priorities for policymakers to diversify and rebalance their national portfolios in order to be more resilient and sustainable. It recommends actively investing in public goods such as education, health and nature, in order to avoid unsustainable depletion and to manage future risks. The recommendations also include policy and pricing measures that help reflect the social value of assets and steer private investment towards better outcomes for all. This can include, for example, actions such as the reallocation of fisheries subsidies and taking action to price carbon and promote renewable energy.

In Sub-Saharan Africa, wealth per capita has increased over the past two decades, but at a slower pace than in other regions. Eleven countries in sub-Saharan Africa experienced stagnation or even decline in per capita wealth between 1995 and 2018, with population growth outpacing net growth in asset values. Human capital in sub-Saharan Africa has grown faster than any other asset. However, this growth has been uneven and the share of women in human capital is only about a third of the total. The wealth of natural capital has declined and many countries in the region rely heavily on income from non-renewable natural resources, especially fossil fuels.

Since 2018, the East Asia and the Pacific The region has the largest share of wealth in the world, with an increase of 188% since 1995. Human capital accounts for more than half of the region’s wealth, however, only about a third of human capital has been attributed to women. . Natural capital represents 4% of regional wealth, with renewable natural capital falling, driven by the decline in marine fisheries. The richness of cultivated land is expected to be particularly affected by climate change in the countries of East Asia and the Pacific.

In South Asia,Total wealth has increased since 1995, but due to population growth over the same period, wealth per capita remains among the lowest in the world. Human capital accounts for more than half of the region’s wealth, but it is extremely imbalanced, with over 80% attributed to men, with little change over the past two decades. If gender parity were achieved in South Asia, it could increase human capital nationwide by about 42 percentage points. As a region, South Asia is also the most severely affected by the estimated loss of human capital due to air pollution. Renewable natural capital, especially cultivated land, is vital for South Asia, and the value of its blue natural capital has also increased over the past two decades.

Wealth in Europe and Central Asia, which includes Western Europe for the purposes of this report, has increased by 45% since 1995. Wealth per capita has grown slowly compared to many other regions. Human capital represents more than half of the region’s wealth, with constant growth compared to other assets. Non-timber forest resources are becoming the main renewable natural capital in Europe and Central Asia, due to the value of the ecosystem services they provide, while the value of marine fishery resources has declined dramatically.

Although total wealth has almost doubled in Latin America and the Caribbean Over the past two decades, there have been sharp contrasts in trends in per capita wealth. Some countries have more than doubled their wealth since 1995, while in several Caribbean countries total wealth per capita has declined. Over time, the wealth of non-renewable natural capital has started to decline, due to price volatility, but renewable wealth is increasing. The wealth of protected areas has more than doubled, despite the fact that the area of ​​forests has decreased. Women’s participation in the labor market is higher than in any other region, but Latin America and the Caribbean have still not achieved gender parity in its human capital.

Wealth increased in the Middle East and North Africa over the past two decades, but to a lesser extent than regional GDP over the same period. Human capital represents the lowest share of total wealth in this region, compared to other regions, with a significant gender imbalance. Non-renewable natural capital constitutes a large part of the region’s wealth and has created problems for countries facing dependence on resources and price volatility. Countries in the region that depend on fossil fuel revenues face unique development challenges in the face of global efforts to shift to low-carbon development. Although cropland remains the region’s main renewable natural asset, the wealth of cropland per capita has declined over the past two decades. The region will have to preserve and restore its renewable resources

Who Pays US Taxes? | The week