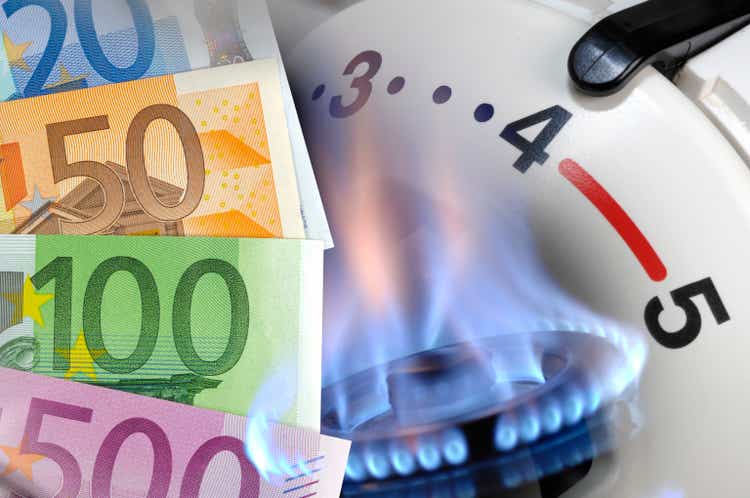 Veolia Environnement SA (OTCPK: VEOEY) recently confirmed some of the synergies expected from its transaction with Suez and signed an agreement with a major financial group. The forecast for 2022 has also been beneficial and management has already noted significant improvements – mainly in Eastern Europe. In my base case, which includes conservative free cash flow generation for seven years and maybe a few more M&A deals, I got a fair valuation of $34 per share. I also observed major risks related to climate change and new regulatory frameworks. However, I don’t think the downside risk is worrying enough and I’m giving Veolia a buy rating.

The Veolia group is an international player that deploys revolutionary solutions for water, waste and energy management. After carefully reading the last presentation of the first half of 2022, I decided to conduct research on the financial figures of the company. There are a few good reasons to do so.

Firstly, Veolia is benefiting from high energy prices and good performance from energy cogeneration. High prices for recycled materials also help in this regard. If we include the fact that the first synergies of the merger with Suez (OTCPK:SZSAY) are manifesting, Veolia becomes even more interesting:

Veolia expects the integration of Suez activities to generate synergies of 500 million euros over the next four years.

It should also be noted that Veolia’s water business model is present in many jurisdictions, including France, Spain, many parts of Europe and Chile. The business model is well diversified, so the volatility in revenue growth, in my view, might not be that significant. If one region is not performing well, Veolia could perform well in other countries.

I believe that management is announcing new projects that can improve revenue growth over the next decade. Among several announced projects is the construction of a biomass cogeneration plant for Norske Skog in France, which would represent an order book of nearly 15 million euros.

In addition, Veolia recently noted a partnership with Total (TTE) to build a solar photovoltaic system for a desalination plant in Oman. We would be talking about 300,000 tonnes of CO2 avoided emissions.

Finally, I think many market players will probably appreciate the agreement signed with Macquarie (OTCPK:MCQEF) to sell Suez’s waste business in the UK. The operation would represent nearly 2.4 billion euros, which Veolia could use to finance other projects more ambitious than that of the United Kingdom:

Veolia announces the signing of a unilateral sale agreement by which Macquarie Asset Management irrevocably undertakes to acquire 100% of the capital of Suez Recycling and Recovery UK Group, bringing together Suez’s waste activities in the United Kingdom. Proceeds from the sale will amount to approximately 2.4 billion euros.

Veolia’s guidance is rather positive. The company expects net profit growth of around 20% in 2020, close to a net profit of 1.1 billion euros. Management also highlighted EBITDA margin efficiencies of over €350 million and significant organic growth close to 4%-6%. In my view, if dividends continue to grow as promised and net debt holds close to 3x, I would say there would be demand for the stock.

Finally, 2024 EV/EBITDA is expected to remain at 4.71x, compared to 4.88x in 2024, and the number of shares would remain at nearly 687 million in 2022. I have used some of these numbers in my financial models, I therefore invite readers to watch them.

Assessment: debt does not seem significant

In June 2022, Veolia had intangible assets of €21 billion, property, plant and equipment of €15 billion and cash and cash equivalents of €7 billion. Current assets amount to 19 billion euros and total assets to 72 billion euros. I think that Veolia has both cash and significant tangible fixed assets to finance future M&A operations.

Beneficial results could lead to a valuation of $34 per share

In my base case scenario, I would expect more benefits from the company’s price escalation mechanisms in the majority of contracts, allowing it to offset cost inflation.

I believe in the strategic program Impact 2023, and also assume that the merger with Suez will be successful. I think Veolia will benefit from the synergies of the transaction. In this regard, I must highlight management’s expectations, which include an EPS increase of almost 40% in 2024. From the 2021 annual report, we can observe the following:

This growth, in addition to the expected synergies, will enable our current net income to grow by more than 20% in 2022 and improve our earnings per share by around 40% in 2024. The creation of the undisputed world champion of ecological transformation is underway and on track.

Successful mergers and acquisitions will also provide significant confidence to complete other transactions in the future. With the cash to be received from Macquarie, I would expect further transactions to improve revenue generation.

As far as organic growth is concerned, I think the company’s business model will continue to benefit in Eastern Europe. Favorable climate impact, increased tariffs and the integration of new assets in different regions will likely lead to revenue growth and possibly a higher EBITDA margin in the coming years. Let us note some of the annual results obtained in the past in Central and Eastern Europe (see link above):

This growth is mainly attributable to Central and Eastern Europe (including Germany), with revenue of €6,260 million, up +19.6%, mainly from the Energy business, in +37% increase, due to the combination of a favorable weather effect, the rise in heat and electricity prices and the integration of new assets in Prague and Budapest. Water revenue was up +3%, including volumes +0.3% and more sustained price increases. Germany grew by +9.1% thanks to the recovery in volumes in C&I Waste, the rise in energy and recycled materials prices, a favorable climate impact and higher tariffs. Revenue in Northern Europe amounted to €3,276 million, up +7.6% vs 2020 and +2% vs 2019.

Regarding the potential risks that could impede the company’s revenue growth, there are risks associated with the impairment of intangible assets. In addition, market developments or new regulatory frameworks could also play a role, reducing the company’s margins and leading to lower revenue growth. These risks have been highlighted by management as high.

In this scenario, I also assumed that the political risks associated with the war in Ukraine, economic recessions and climate change could also hurt the company’s revenue growth.

Finally, I think that the deterioration of exchange rates could also be detrimental to shareholders. Veolia does a lot of business in Europe. If the EUR/USD swing doesn’t work out, investors in the US could lose money. Note that, in the last annual report (link above), the company reported some small losses in this regard:

Currency fluctuations are almost neutral on sales, at -€4 million.

I also got an exit value of €35 billion, with an exit NPV of €21.5 billion, an enterprise value of €32 billion and equity close to €10 billion. euros. Finally, the implied price would be close to $15 per share.

Veolia recently signed numerous transactions likely to provide synergies or cash flow for the sale of divisions. The deal with Suez is a clear example, but the deal with Macquarie could also improve the company’s balance sheet. In addition, the guidance given by Veolia for 2022 and the expectations of market analysts are also rather positive. In my base case scenario which includes reasonable free cash flow generation and improvement in Eastern Europe, the fair price turned out to be close to $34 per share. Yes, there are risks related to impairment of intangible assets and climate change. However, I think the current market price does not represent the true picture for Veolia.