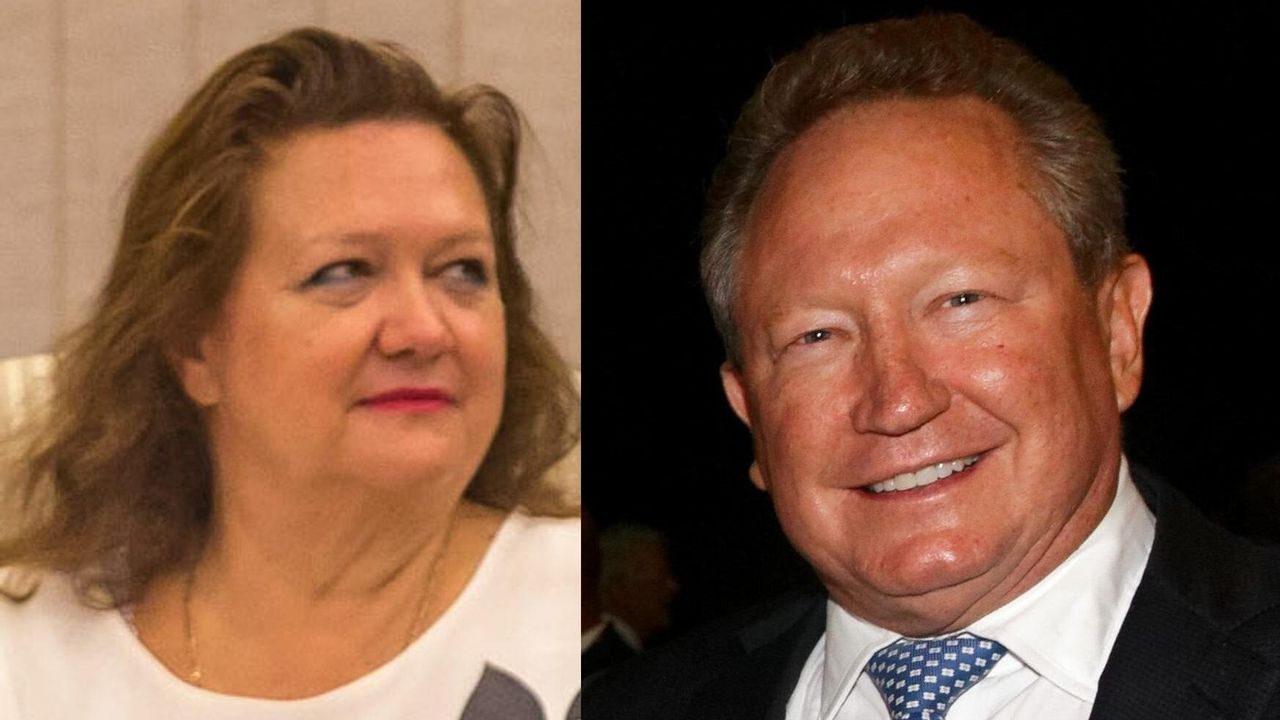 This windfall comes amid a meteoric rise in the pandemic and when all basic health measures have been removed in the interests of corporate profits.

In just four months since the ‘re-opening’ in December 2021, more than 4.2 million cases of COVID have been detected, nearly 20 times the number of infections recorded in Australia in the previous two years. Over the same period, deaths nearly doubled, from 2,006 in early December to 5,951 by March 30.

Chronically underfunded public hospitals have been overwhelmed, with health workers under unbearable pressure. Schools have turned into Petri dishes with the forced return of the face-to-face. Children unwittingly bring the virus to their family.

The reality of the continued spread of this virus is completely hidden in the media, which largely presents the pandemic as a thing of the past. This year’s rich list is no exception, with COVID barely mentioned.

Instead, the glossy pages are devoted to a cult of wealth. the Australian welcomed the nine new billionaires added to the list, bringing this cohort of super-rich to 131 in total. They have an average wealth of $2.08 billion. The barrier to entering the list is now over $500 million.

The $520 billion is heavily concentrated in the upper echelons of the list. With the combined wealth of the top ten billionaires exceeding $224 billion, they represent 43% of total wealth. The top 20, whose wealth exceeds $284 billion, account for more than 54% of the total.

While iron ore prices have fluctuated over the past year, the wealth of mining barons remains at stratospheric heights. Rinehart’s personal fortune is $32.64 billion, down slightly from $36.28 billion last year. Forrest had a $2.6 billion increase in his wealth to $31.77 billion.

Mining magnate Clive Palmer nearly doubled his holdings from $9.76 billion last year to $18.35 billion this year, due to the massive spike in the price of nickel. This placed him at number seven on the list.

Four spots on this year’s Rich List are occupied by heads of tech companies. Mike Cannon-Brookes and Scott Farquhar, co-founders of Atlassian, increased their combined wealth by $8.25 billion, ranking fourth and fifth.

By far, however, the biggest increase in fortune is that of husband and wife Cliff Obrecht and Melanie Perkins, co-founders of the graphic design platform Canva. Their combined wealth increase was almost $27 billion, pushing them to 9th and 10th place, with over $31 billion combined.

The rise of these technology companies is the direct product of unbridled financial speculation. Investors looking for the next Google are constantly betting on the potential future earnings of these tech start-ups, pushing their shares exponentially above the company’s bottom line.

This makes companies very vulnerable to interest rate increases because their valuation is based on potential earnings at existing interest rates. The tech boom is putting tremendous pressure on central banks to keep interest rates at record highs, which is further fueling inflation.

The Rich List is silent on the plight of workers and the poor. But the astronomical wealth at the top of society is a direct product of the growing poverty and social hardship that afflicts millions of ordinary people. The story of two cities only grows stronger.

Australia’s official inflation rate rose to 3.5% in 2021, on top of the 21% rise over the previous decade. However, the costs of essential goods far exceed the official rate, with non-discretionary goods increasing by 4.5% according to the consumer price index (CPI).

Housing costs, most of which are not covered by the CPI, have reached record highs. Average house prices in Sydney and other capitals exceed $1 million. Any increase in interest rates could push hundreds of thousands, if not millions, of mortgage holders over the financial cliff.

Average daily petrol prices are rising, reaching as high as A$2.25 per liter in some areas. Wage stagnation continues, with a rise of less than 3% forecast for this year as governments, employers and unions seek to cut business costs. Families and workers are forced to live paycheck to paycheque, with any unforeseen costs heralding potential disaster.

The rich, on the other hand, live in a different world. Typical of the Rich List is the cult of the obscene spending habits of the super rich. In one article, the Australian writes about the “Gulfstream buying spree”, referring to the purchase of multi-million dollar private jets used by billionaires to get around.

Paul Little, worth $1.53 billion and 78th on the list, is pictured with his ‘pride and joy’, an $85 million Gulfstream G650 private jet. It was the “gold standard” for private jets five years ago, but alas it has now been overtaken by the Global Express 7500, the largest business jet in the world.

Only property developer John Gandel, worth $5.05 billion and ranked 16th, owns the $100 million plane in Australia. Not to be outdone, Andrew Forrest, Kerry Stokes, worth $7.43 billion, ranked 13th, and Laurence Escalante, ranked 33rd, worth $2.99 ​​billion, all have one in ordered.

In one of the few mentions of the pandemic, a Rich List article hails the fact that the health crisis, which has killed around 20 million people, has seen an “explosion” in private jet purchases and travel around the world . As workers are funneled into cramped airports, where they risk spreading and catching COVID-19, billionaires are flying in private.

The Liberal-National coalition government, backed by the Labor opposition, says there is no money to tackle bushfires, floods or to raise unemployment benefit below the poverty. Public health, vitally needed during the pandemic, is yet to be cut by another $10 billion or 10% in real terms as part of the 2022 budget.

Obscene wealth at one pole of society, and growing poverty and social crisis at the other, set the stage for major social explosions.

In its own way, and despite the intentions of its authors, the Rich List argues for a socialist reorganization of society. No social problem can be solved until the massive resources monopolized by a handful of ultra-wealthy individuals and corporations are redirected to meet the needs of workers and society as a whole.

The working class must have a political voice, which the Australian ruling class seeks to stifle with this legislation.

Hiltzik: A tax on billionaires is a necessity. Even the White House knows it